Innovative Australian Design Helping to Fight Fires All Over The World

As a qualified engineer and helicopter pilot who had faced off against many bushfires, Jason Schellaars understood the limitations of firefighting tanks on the market at the time. That understanding, coupled with his engineering background, would lead Schellaars to Found Helitak to create a solution that would help helicopter pilots drop large loads of water onto bushfires in a controllable and precise manner.

As he saw it, there were two issues that, if solved, would increase the effectiveness of water delivery on fires from helicopters during firefighting operations.

The first problem was associated with the limited space a helicopter has beneath the belly of the helicopter and where the skids contact the ground, which meant that a traditional underbelly fire tank could only carry the water the tank could hold. Yet many of the helicopters Schellaars was flying at the time had weight and balance potential to carry a far greater load. 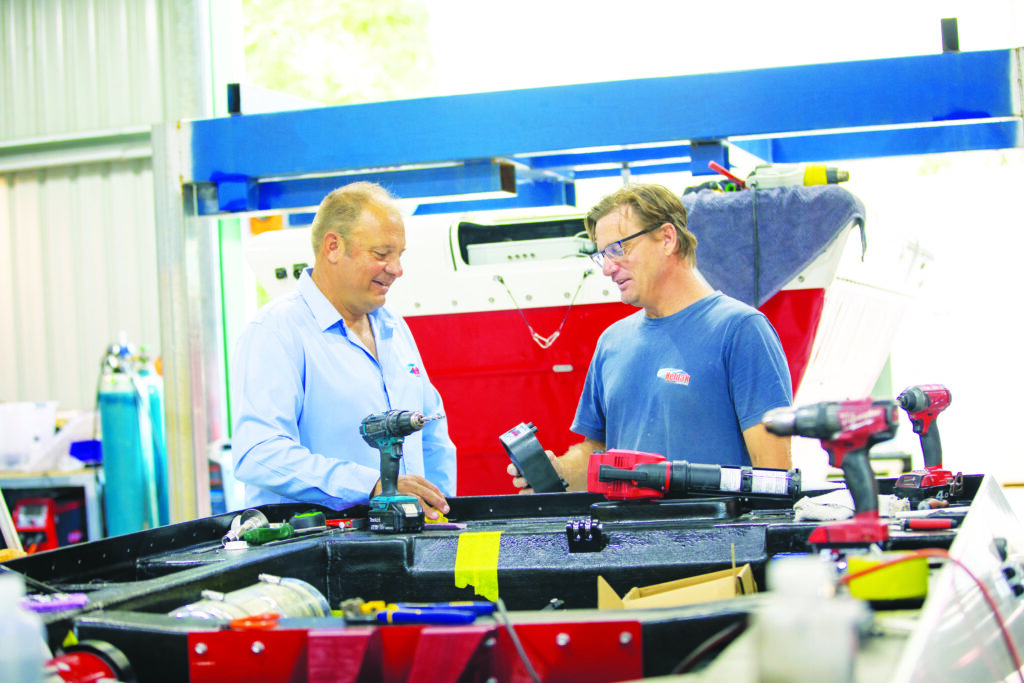 As Schellaars set about finding a solution that would allow a helicopter to carry more water, he also solved the second problem on his list. Flat tanks quickly ran out of ‘head pressure,’ which meant controlling the drop became a challenge.

Over the ensuing years, Jason developed the Helitak expandable fire suppression tank, which solves both issues for helicopter operators engaged in fighting fires.

The expandable section of the tank, made of heavy-duty PVC vinyl, is tucked away safely behind the door assembly of the main unit until needed when filling. A specially designed pump and snorkel allow a tank filling to complete in less than 48 seconds, and the pilot can then quickly direct the water to where it is needed.

The tank’s funnel ‘trapezoidal’ shape design provides head pressure or mechanical force so that the full force of the water can be dropped with controlled precision every time.

Helitak commenced operations from its base of operations in Queensland, Australia, in 2006, and the efficiency and reliability of its tanks have not gone unnoticed. The company has won a stable of awards and, more recently, secured two FAA STC approvals. 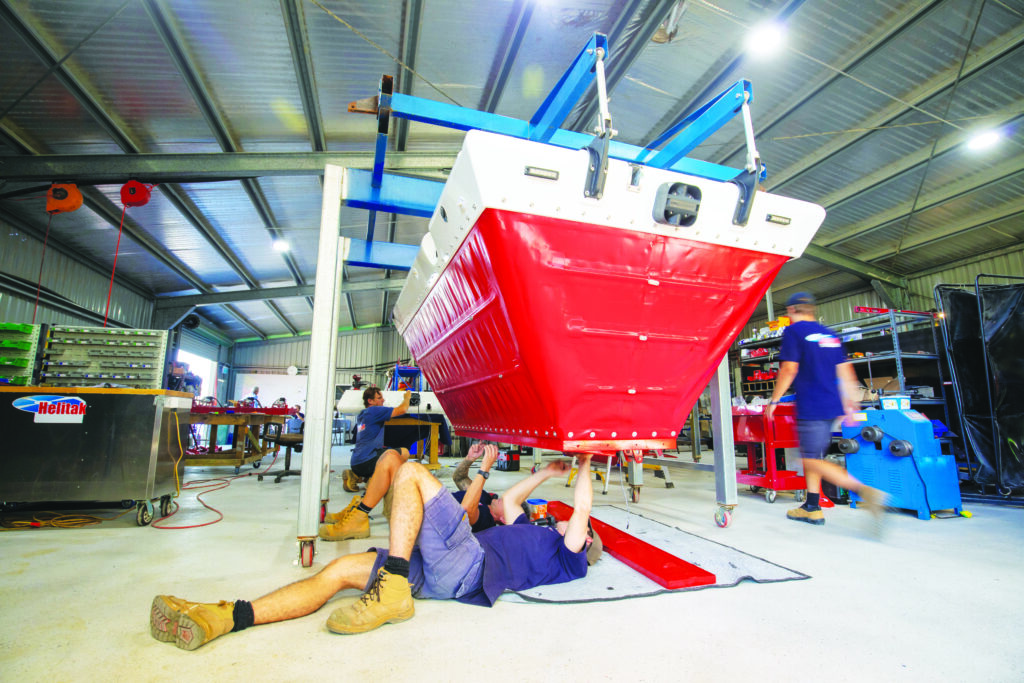 “The advantage of our tanks is that they are lightweight, offer large Type 1 water volume capacity, and have easy plug-and-play operations that deliver a perfect and controllable drop pattern every time. Organizations tasked with fighting fires know and trust our tanks to get the job done quickly and efficiently.

“It is great to see what we have created over the last 16 years. We have firmly established ourselves as an aerial firefighting design and manufacturing company, recognized for our innovative retractable design that maximizes head pressure and delivers high volumes of water and retardant in an unmatched drop pattern. I could not be prouder,” Schellaars added. 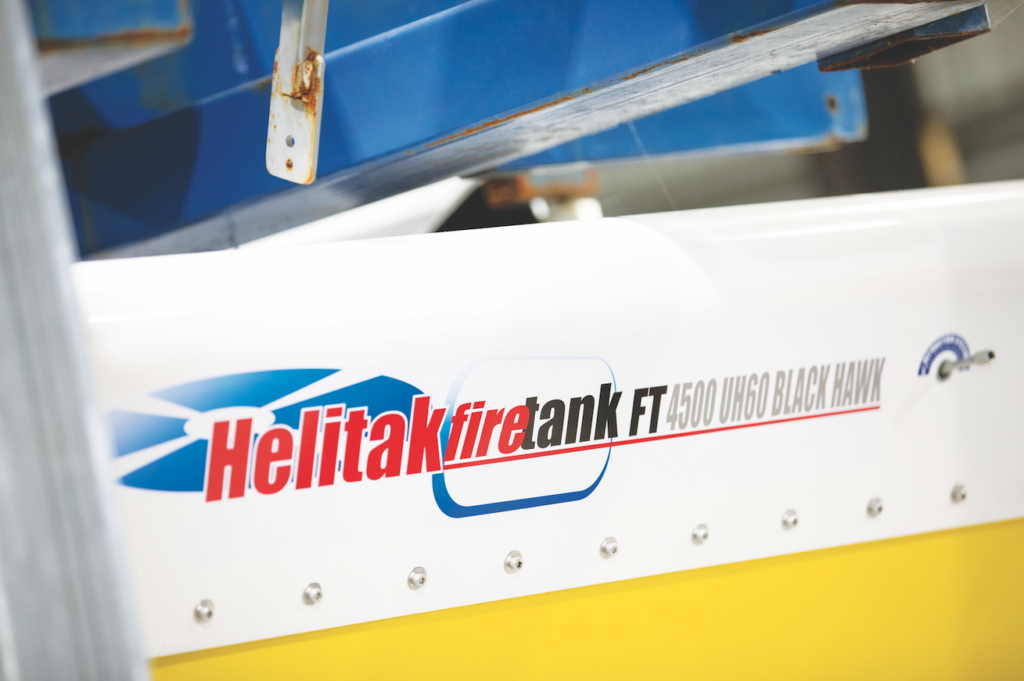 The team now designs and develops fire tanks for the Airbus H125/AS350 AStar/Squirrel, the Bell Medium range, the Bell 214B and 214ST, the Sikorsky UH60/S70 Black Hawk, and the Airbus Super Puma airframes.

But it doesn’t stop there for the Helitak team. Earlier this year, they entered into a Cooperation Agreement with Milestone Aviation Group to collaborate on the design, production, testing and certification of a new aerial fire suppression tank for the Sikorsky S-92 airframe. They have also recently partnered with Arista Aviation and Seaview Aviation to assist with US sales, installations, service, and maintenance of their expandable aerial fire tanks. 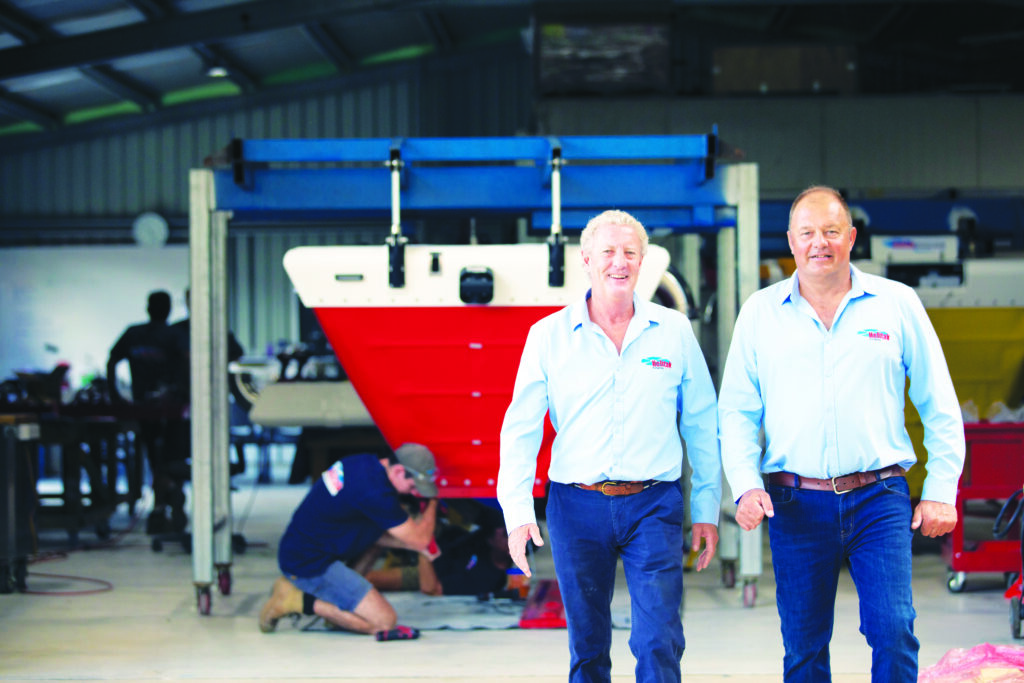 “The growth we are experiencing is testimony to our team’s dedication, who each plays an integral role in the design and manufacture of each tank. We have built a great team, and we are all proud that the work we do saves lives, animals, and the environment worldwide,” Schellaars said.

Comments
Previous articleThe Drop – Shows are Back!
Next articleA New Era For Air Attack – Bridger Aerospace Stepping to the Next Chapter in Air Attack Platforms