Maui County in Hawaii received a huge boost this week with the addition of a BK-117 helicopter that will be used on the iland for aerial firefighting and search and rescue. The helicopter will be operated by Hawaii-based Windward Aviation, owned by Don Shearer who also operates a fleet of MD aircraft around Hawaii for aerial cinematography, utility work, and tourism missions.

A traditional Hawaiian blessing ceremony this week for the helicopter that has been given the name “Iolani” which means “Royal Hawk” in Hawaian. The helicopters official title for missions will be Air 1 when the aircraft comes online on July 1, 2022. 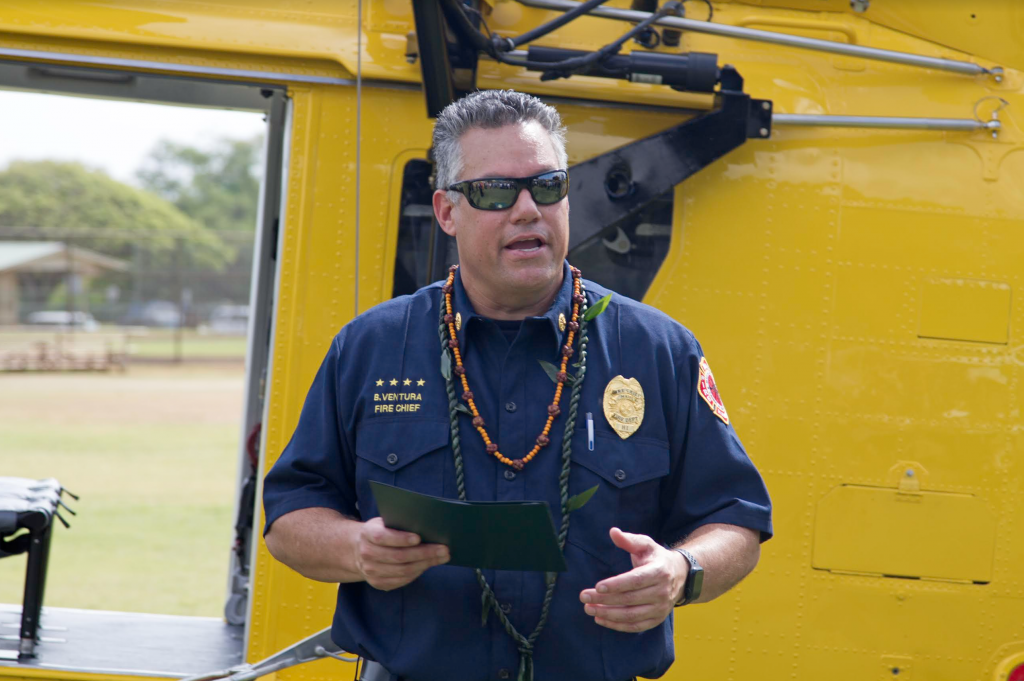