FireTrac is the definitive wildfire tracking app built by the aerial firefighters at Bridger Aerospace, whose mission is to save lives, property, and habitats threatened by wildfires.

Late in the morning of May 23, 2022, Arizona Forestry crews began to work the Elgin Bridge Fire a quarter-mile northeast of Elgin, Arizona. Elgin, about 45 miles from Tucson, a small town that is home to 300 people.

Though small, Elgin is Hollywood famous. The train sequence in “Oklahoma!” was filmed in Elgin. As were scenes in  “3:10 to Yuma,” “Red River” (starring John Wayne and Montgomery Clift), and “The Sons of Katie Elder.”

“The Elgin Bridge Fire was one of three fires we mapped that morning,” said Powell. “We notified the Region 3 Aircraft Ops Manager that we would be overhead. We arrived after the fire burned out to capture high-resolution electro-optical imagery of the fire scar. We also checked for hotspots with our IR sensors but found none.”

“We were overhead for less than 10 minutes and then off to the Black and Bear Trap Fires,” Powell said. “Capturing fire scars offers historical fire data for post-fire analysis. It’s also beneficial for evacuees to see their property before they are able to return so that they can make necessary arrangements based on their needs,” according to Powell. 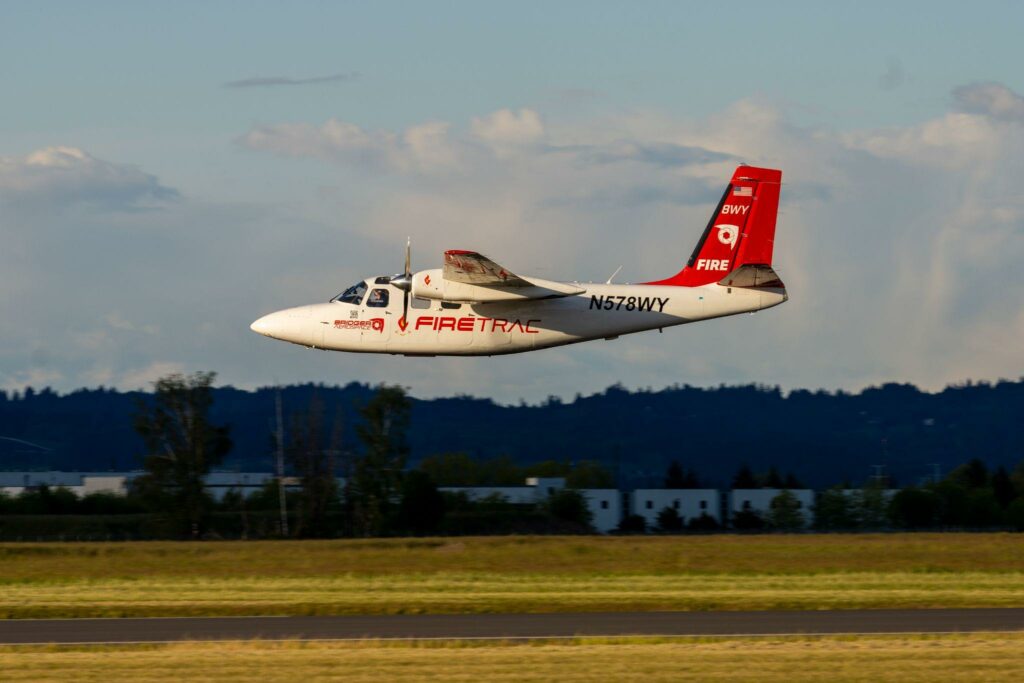 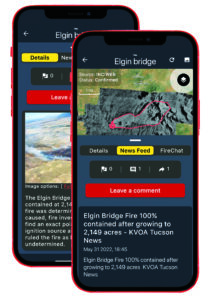 In addition to high-resolution imagery, the FireTrac app provides local, up-to-date fire information, neighbor chat, and the ability for people to report fires and upload their own imagery.

The FireTrac app was created by Bridger Aerospace, an industry leader in aerial wildfire management, relief, and suppression. Bridger offers comprehensive and task-specific solutions to provide maximum support to firefighters on the ground.

Visit www.firetrac.com or download the app in the Apple or Google Play app stores. 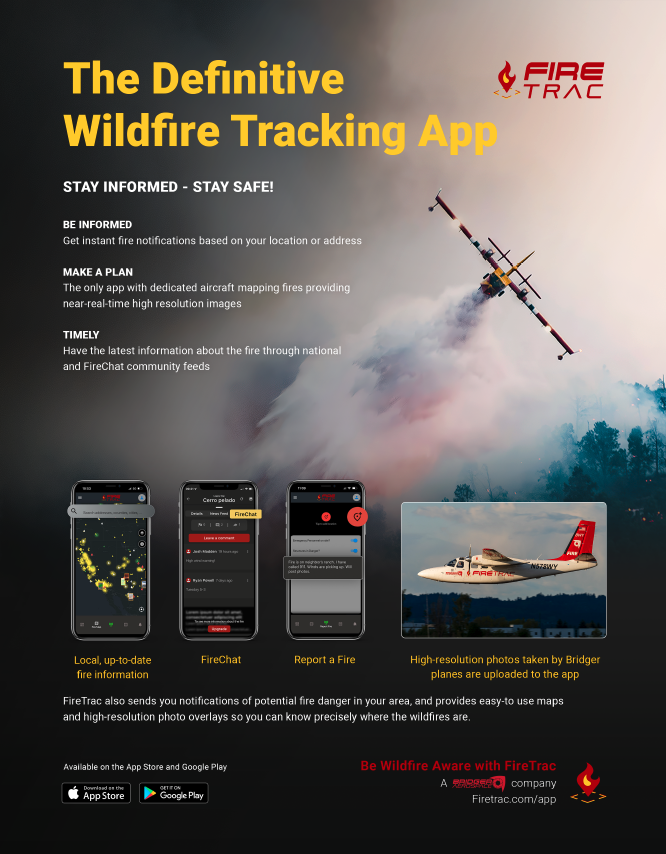