CO Fire Aviation held their annual company training at the end of April 2022 at their facility at the Fort Morgan Municipal Airport, where the company and its subsidiaries, Gold Aero and Scott Aviation, are based.

The company training began on Monday, April 25th, through May 3rd, 2022, consisting of multiple training modules across the entire spectrum of air attack, initial attack, and ground and maintenance staff.

The first two days of training begin in the classroom for CO Fire attendees, covering topics from field inspections and search and rescue to mental health, first aid and survival techniques, SMS, avionics, and weight and balance before moving on to sand table exercises.

CO Fire staff, having completed this training evolution for many years running now, have the week events planned down to the last minute, which includes full catering for lunch and dinner each day, which all staff regroups for after splitting into several groups to complete one of the many training topics being given simultaneously throughout the week.

“You can take a sand table and create different scenarios on the ground and then do many different pieces of training with it. You can do everything from fire behavior to fire traffic areas. You can break them down into each aspect of a firefight. For instance, where will you start if you showed up with your 802 and a wingman (second aircraft)? What are you going to do? After you run through a few things like that, you can combine them all and use the sand table just like when we do our flying sim, this is kind of a warm-up exercise for that.”

During day three of the training, CO Fire also involves their stakeholders in training, showing all stakeholders through each training piece and allowing them to experience what the pilots do in the training environment. This year’s stakeholders included representatives from Assured Partners Insurance, County and State Government, along with representatives from the USFS and local sheriff’s office, among others that spent a day or more seeing the training offering for themselves and seeing the effort put into keeping pilots and ground staff safe each year.

Another addition to the team training this year was the addition of Virtual Reality simulation labs provided by Becker Support Services, LLC. The VR training experience has matured over the last several years from a basic idea from owner Ryan Becker that was seen and investigated by CO Fire in 2021 to a fully-fledged training simulation that remotely involved the US Air Force MAFFS crews and lead planes working in a sim lab in Idaho, along with the CO Fire Aviation team working from their base in Fort Morgan, Colorado.

“Sims allows us to practice many things before going out and flying. You can also train on fire behavior. Becker has a setup that can show real-world fires, how they progressed, and how things went. You can load into their scenarios, so you can fight some of those fires that maybe didn’t go the way they thought they would. It’s fascinating, and I liked that. The potential, especially for new guys, is that it’s another way to drill them on the radio comms, but also being descriptive and getting a feel before the real thing.” Kyle says, “We see this as taking the sand table to another level.”

What resulted was a full-blown fire response that you could watch play out on a screen at the training location, with speakers calling out the ATC and air attack of an actual fire response as crews from multiple locations around the country simultaneously fought a virtual fire with C-130’s, lead planes, SEAT’s and air attack, all using VR goggles, joysticks, computers, and LAN connections. To say it was an impressive sight to see this play out in real-time would be an understatement, as technology has evolved for the better regarding aerial firefighting training.

This year also saw the addition of Gold Aero, a company providing air attack services to the CO Fire training operation. Gold Aero (bought in 2020 by Scott and Chris Doyle), although operating on a separate 135 certificate and still having independent training, now participates in the annual CO Fire training event, adding to the realism of the actual training evolutions done in the aircraft in the latter days of the training event.

While flying sims were being conducted, CO Fire pilots were also being put through their paces in upset recovery training in a company-owned Gamebird GB-1 aircraft throughout the several check rides completed in the final days of training.

“Be it a GameBird or an Extra 300 or even a Decathlon; any aerobatic capable airplane is good to conduct upset recovery work with. Of course, the GameBird handles better than an Air Tractor does. But the GameBird is an excellent demonstrator for loss of control scenarios. We borrow a lot from the Wayne Handley Air Tractor video and course Chris and I both attended years ago. We allow the guys to see what happens when you turn it in hard and you’re stepping on the rudder or pulling back too hard. It gives them a chance in a controlled environment to see what happens if you’re coming in in a bit of a slip and then stall the wings and how to avoid those mistakes safely. It’s hard to beat a GameBird”, said Kyle.

Flying during training was conducted with four CO Fire AT-802s in addition to the GameBird flying upset recovery, along with two Gold Aero Twin Commanders flying in the air attack role throughout the training scenarios that were at times challenged by Colorado’s unpredictable weather patterns, causing some delays on Friday and Saturday thanks to storm fronts and at times gusting winds between 50-70 knots that forced operations to be halted several times.

In all, twenty firefighter pilots were put through their paces during the physical training evolutions held on private land about 20 miles from the CO Fire base, performing several drops with coordination that involved real-world communication with ground assets, air attack, and ATC when required, which offers as much realism as possible for each pilot when given their drop tasking for each pass, just as they would be in a real fire.

“Typically with new guys, training starts with the basics, right? So we have them drop some water on the field first to build them up to the point where they can participate in the simulations.”

The flying portion of the training also offers the ground staff, some of who are new, the chance to apply what they have learned, giving ground handlers the experience of loading the aircraft on the ramp and operating their trailers. These aspects are part of a well-oiled and smooth operation on the ground when a fire starts. CO Fire takes seriously enough to involve every single one of their staff, some even flying in from as far as Australia to attend annual training.

Looking forward to the next training event, Scott stated that there would be a few changes, mostly to do with the days the training is held. According to Scott, the weather will always play a part in Colorado, so there is no perfect solution to the time of year for the training. However, he conceded that the training would likely start on a Thursday or Friday next year to accommodate the government inspectors being able to attend part of the training before check rides. The weather disruptions pushing some of the flying portions into the weekend did cause a slight hiccup that the schedule change will rectify.

As a firefighting operation that often has staff and aircraft scattered around the country, CO Fire did an admirable job conducting training this year, especially with the weather issues encountered and overcome. The addition of VR simulation into the annual training offering for CO Fire is no doubt an asset to their already robust training program, and likely just the tip of the iceberg on training enhancements as the company continues to look for newer and better ways to conduct training that will offer the best for their pilots’ safe operation throughout this and many more fire seasons. 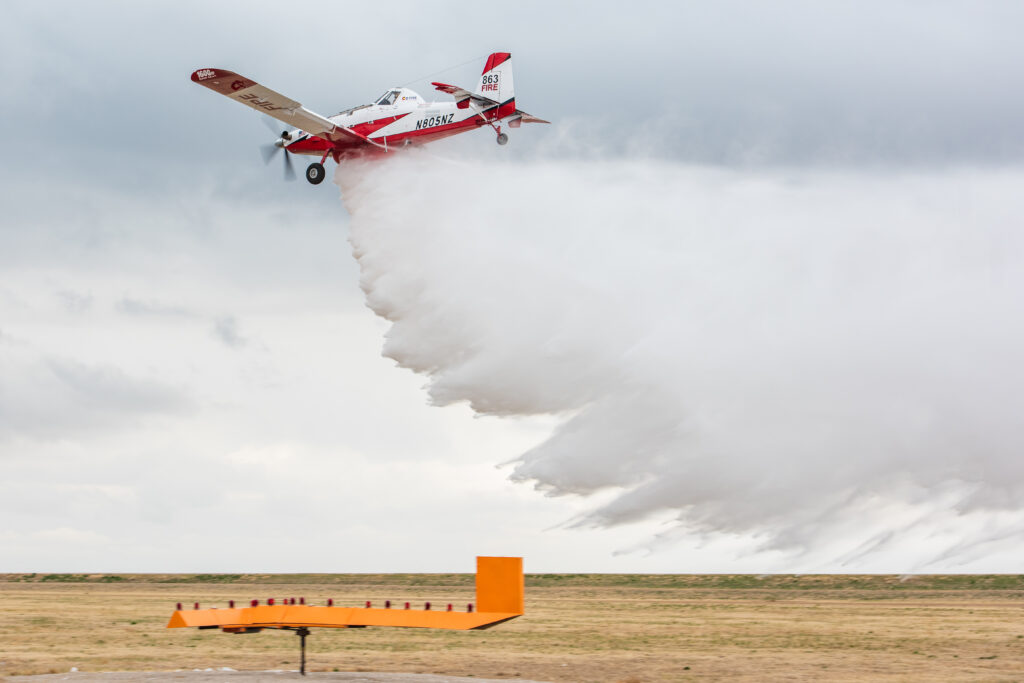