The American Heroes Air Show returned to the Hansen Dam Recreation Area on November 13th to close out the California Airshow Season for 2021. After a year break in 2020 due to the pandemic, the first responder-centric show in its 26th year of operation drew an estimated 3,000 to 4,000 people to attend the free show for its 2021 event. 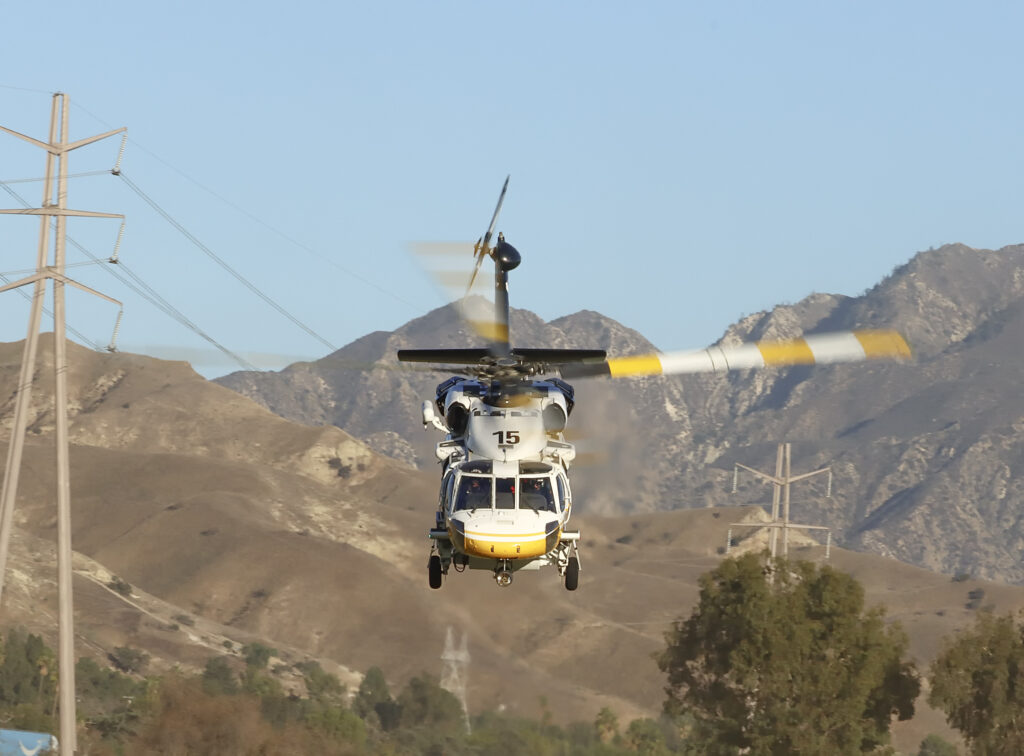 The airshow/display is an annual helicopter-only show put on by American Heroes, founded by Jim Paules in 1993 and run locally in Los Angeles with the assistance of local show director Steve “Goldy” Goldsworthy, himself a first responder and veteran Los Angeles County Search and Rescue team member.  American Heroes puts on several displays across the country featuring local agencies that cover all aspects of first responders with a heavy presence at the Los Angeles show of aerial firefighting operators from the Los Angeles basin area and surrounding departments.

In addition to the helicopters on display, there were over 40 law enforcement and first responder recruiting booths and displays. Exhibitors included helicopters and crew personnel from police and sheriff’s agencies, aerial firefighting, DEA, and various branches of the United States military, including Search and Rescue Blackhawks.  Agencies from as far as San Diego County participated, as well as local agency participants from the Los Angeles County Alta Dena station and Santa Clarita search and rescue teams.  Helicopters began arriving at 7 am and continued for several hours right up until the opening of the event at 9 am. 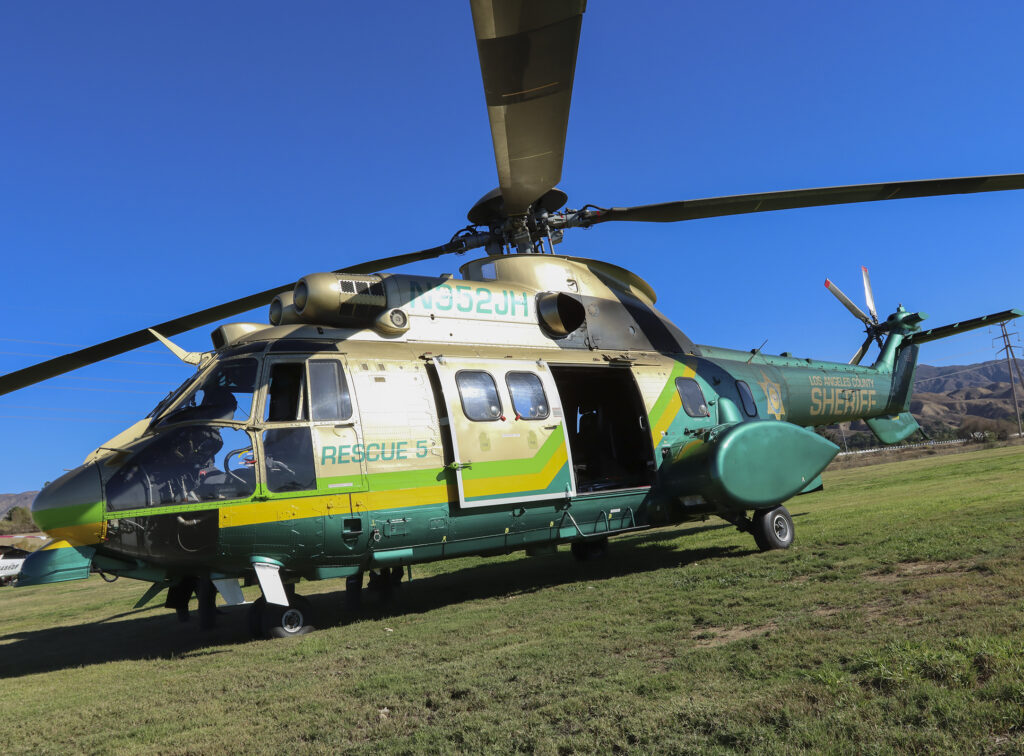 One of the latest and most popular multi-use aircraft on display was the Sikorsky S-70i Firehawk.  Used as an aerial firefighting machine, as well as a search and rescue helicopter, the Firehawk was represented well at the show. Several agencies including the Los Angeles County Fire Department Air Operations Unit and Cal Fire, displaying their latest water-dropping fire attack/SAR helicopters. Also in attendance was the Ventura County HH-60L, one of several operated by the agency that was also completed by Colorado-based United Rotorcraft that performs the same multi-mission capacity as the S-70i.  The United States Army displayed a UH-60M Medevac Blackhawk with one additional Blackhawk and a United States Navy UH-60 in their popular orange and white China Lake VX-31 Search and Rescue livery. 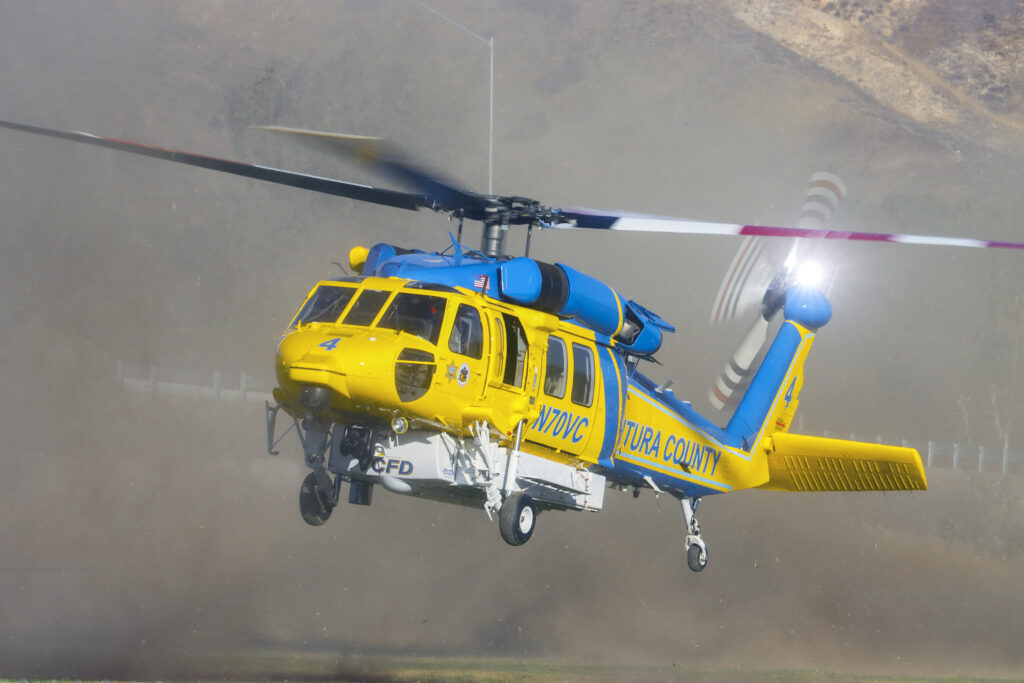 In addition to the Blackhawks in attendance, aviation fans were treated to a variety of helicopters on display including the MD500, Airbus H-125, MD520N, Leonardo’s AW-139 from Los Angeles City Fire, A UH-1H Huey from the Kern County Sheriff’s department, and many more. 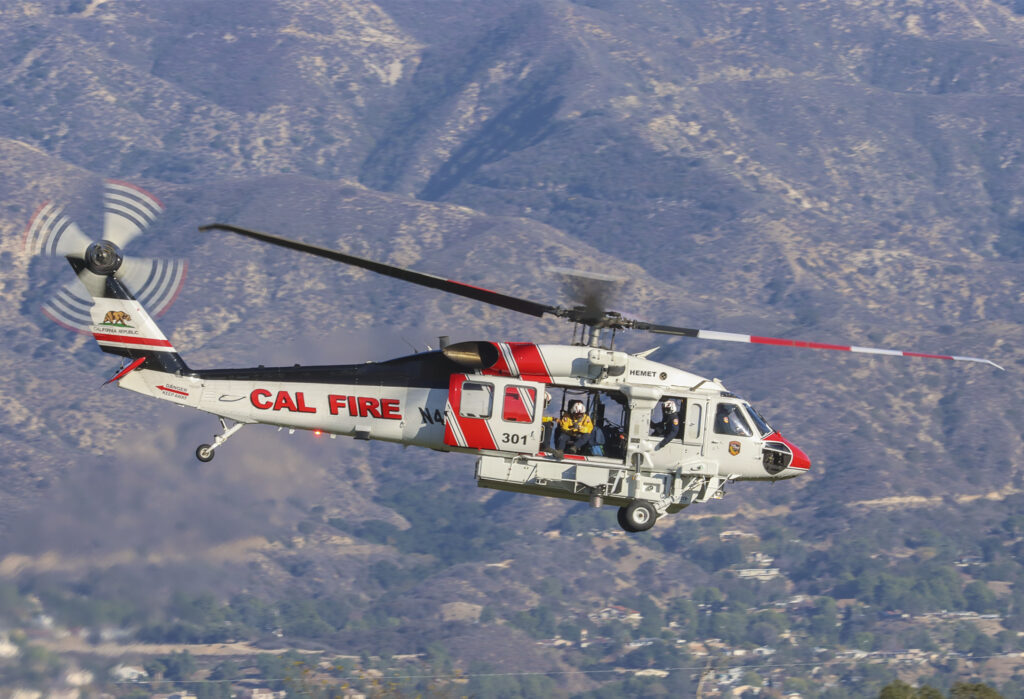 One particularly rare aircraft on display was the Los Angeles Fire Department Historical Society’s restored Bell 47G helicopter, which has not been flown in more than four years. This was a great piece of history for aviation enthusiasts to see up close in a near brand new state after an extensive restoration effort restored the aircraft to a nearly new appearance, although the aircraft is not likely to ever fly again.  In addition to the ground displays, Los Angeles County Fire Air Operations performed a hoist display showing attendees the value of a multi-mission aircraft like the S-70i that can perform aerial firefighting missions and search and rescue operations.