Spotlight on South America – Aerial Firefighting in the Pantanal Wetlands

In 2021, Brazil has struggled through the most severe drought in nearly a century. The volume of rain was the lowest since 1930. Farmers throughout the country faced many challenges, and the “safrinha” (the second crop of the year) showed a significant drop in productivity. 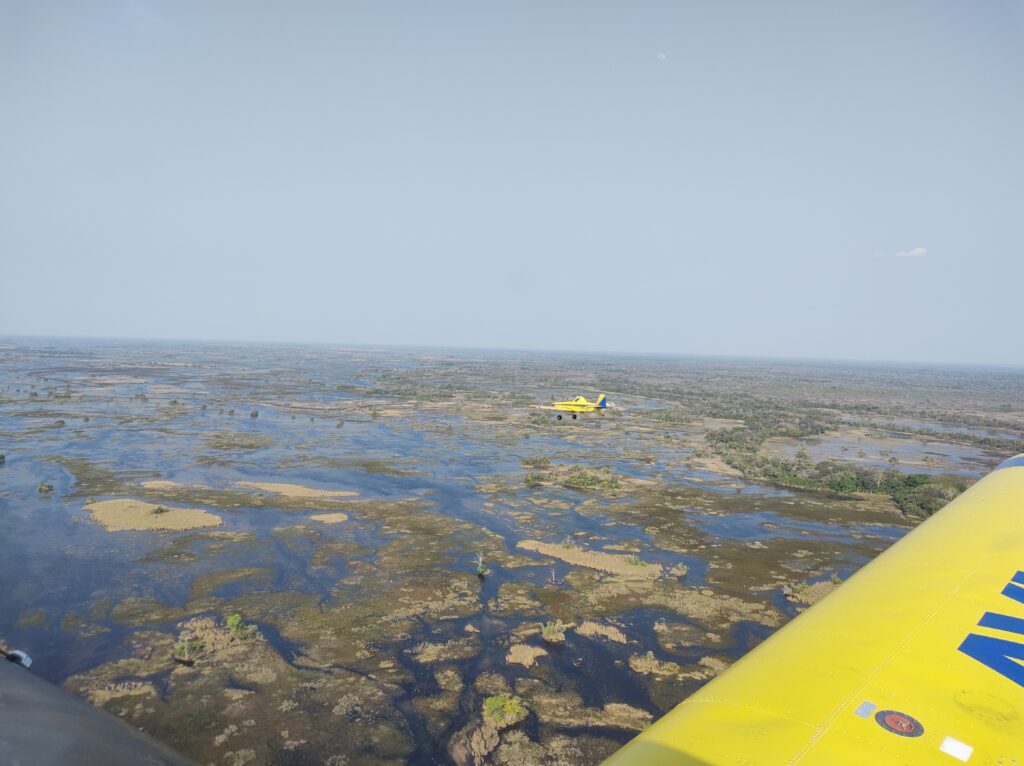 Despite that, fires in the country have reduced in a year in which a substantial increase would be expected. According to data from the National Institute for Space Research (INPE), the total number of active fire spots detected between January and October fell from approximately 175,000 to 133,000. The regions that deserve the most attention are the two biomes that have been most affected in recent years, the Amazon and Pantanal (with 1.4 and 4.3 times fewer fire outbreaks, respectively) and the state of Mato Grosso, the largest agricultural producer of the country (with records 2.2 times lower than last year).

These optimistic numbers result from a broad national effort, which involves a public and private initiative across the country. Undoubtedly, Brazilian agricultural aviation has played an essential role in this development. For another year, has shown signs of growing maturity in playing a part in aerial firefighting operations.

We saw an industry boom in the past year, driven mainly by the private sector. In addition to providing services at all levels of government (federal, state, and city,) aerial application companies are increasingly helping farmers across the country fight fires. From large landowners in northeastern Brazil to agricultural associations in the Midwest, from sugarcane mills to the pulp industry, hundreds of pilots and agricultural aircraft were hired to protect the most diverse types of crops and, by default, also contribute to environmental preservation.

Firefighting in the Pantanal wetlands
Gustavo Borges is an agricultural pilot with extensive experience in firefighting. In recent years, he has carried out operations in several regions of Brazil, including the Amazon, Pantanal, and Chapada dos Guimarães regions and Paraguay, previously featured in the Fall 2019 issue and the January/February 2021 issue of Aerial Fire Magazine.

As a pilot with Serrana Aviação Agrícola, Borges focused his firefighting work in 2021 on the Pantanal wetland region, the area most affected by forest fires in the country during the last year. The aerial application business (based in the city of São Gabriel do Oeste) signed a contract with the Environmental Institute of the state of Mato Grosso do Sul for aerial firefighting in different environmental Conservation Units. The company was responsible for providing all equipment and personnel to perform the service, paid on demand by flight hours, the equivalent of a Call When Needed (CWN) contract in the United States.

Borges provided firefighting services over six weeks this fire season, each in a different region of Brazil. The first in the Jardim region, close to the Bonito tourist hub during the end of July:

“The central fire there was in a marsh, which posed some challenges. As it was soggy ground, we had no land access, making aerial firefighting essential. It was a new experience. The solution for this fire was to surround it and restrict it only to the marsh. We managed to funnel the fire, and the ground crews provided backburning on the other side. We were successful in the result.

We worked with two Air Tractor AT-502s, one with a manual fire gate and a hydraulic fire gate from Zanoni. We used about 70,000 liters (approx. 18.5 thousand gallons) of water. The airstrip was suitable, so we were able to take off with a full hopper”.

Unlike operations in the United States, firefighting operations require the logistical support of residents that are crucial to the success of all operations Borges has already participated in. As a rule, some rural landowners provide the base of operation, neighboring farmers contribute with the supply of tanks, and farm employees help with various tasks on the ground.

“There was a lot of fire in several places, both in dense forest and in pastures. We were able to control several outbreaks and reduce damage. We did a lot of air monitoring too, and the ground team’s work was very efficient. However, it was only rain that lasted two days that managed to put an end to the fires,” Borges stated about his second operation in the Porto Murtinho region, on the border with Paraguay, in early August.

Borges carried out his third aerial firefighting deployment in the Miranda region in early September. He shared with us the account of a 68-year-old resident, talking about the fires in the Pantanal:

“The Pantanal has a known cycle of 25 to 30 years of floods and ten years of drought, so our grandparents and the natives of the region told us. This is the third year of drought that unfortunately comes with fires, deaths of various animals, and the destruction of vegetation. Fires have long accompanied the drought of the Pantanal.” 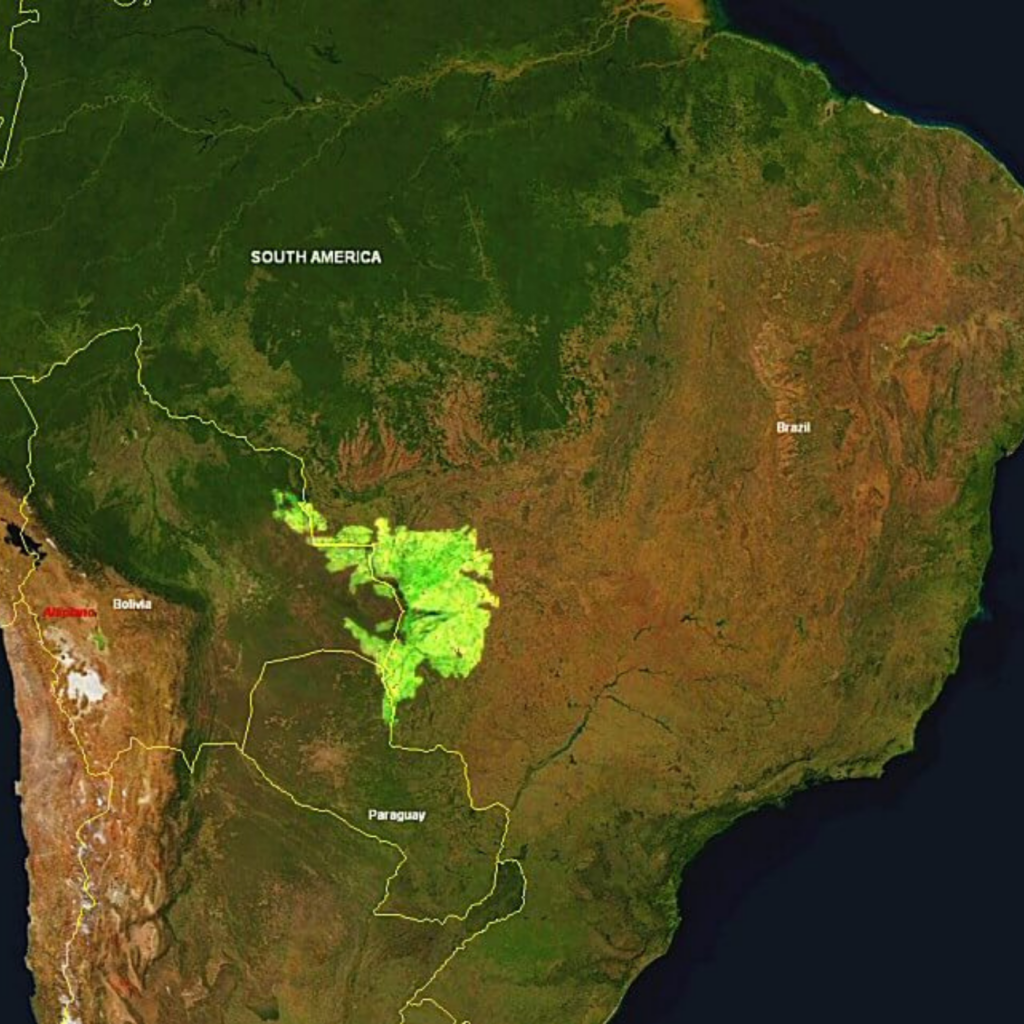 When approaching the dump, he saw a house in another area, where a “fire head” was about to reach. He thought, “it’s going to burn the house down,” and turned around, already with great difficulty because of the smoke. Oliveira then made an almost blind dump on the new target and poured the 500 gallons on board directly over the fire:

“We always pray to get it right, and it worked,” said Oliveira, “The flames were tamed, giving the people in the house the chance to get close enough to put out the rest of the fire. I was at the right time in the right place” he continued.

After that mission, the house’s occupants made a point of going to the fire department to thank the “little yellow aircraft.” The residents described it as “help that came from heaven.”