Fighting Fires in the Brazilian Sugar and Alcohol Complex

Produtiva Aeroagrícola is an aerial application company located in São Joaquim da Barra, in the northern state of São Paulo, Brazil. Although unknown to many in the west, São Paulo is the world’s largest ethanol and sugar producer. Established ten years ago by Marino de Andrade Neto, an agricultural pilot flying since 1991, Produtiva Aeroagrícola has a fleet of six aircraft consisting of three Ipanema 202A aircraft, one Cessna Agtruck, one AirTractor 402A, and a Thrush 510G.

In addition to agricultural spray work, Marino began firefighting with his aircraft, mainly in sugarcane plantations, operating with conventional gate boxes. Unlike in other countries, aerial firefighting in Brazil can be primarily subsidized by private industry, with some larger producers, associations, and growers paying directly for their aerial firefighting services to protect their crops when required instead of relying on local, state, and federal help when a fire starts.

“We are working on developing the market, as we realized there could be demand, and this is consolidating now. We also publicize firefighting activity extensively, directly to our customers and on social media.

We serve individual rural producers, producer associations, sugarcane mills, and municipalities. We have not yet implemented daily shifts or a minimum hour requirement, but we are trying to make customers aware of this need. For now, we are working on demand.”

One of the services provided last year in the Morro Agudo region involved the company being hired for two days by the local farmers’ union. In addition to rural producers, the operation had the support of agribusiness companies in the region, the fire department, and the municipal and state civil defense. As there were areas that were difficult to access, the aircraft’s work was critical to success.

In 2021, Marino installed his first fire gate on his Thrush 510G. The aircraft was the second to have the hydraulic Zanoni fire gate installed on their aircraft; Produtiva Aeroagrícola initially assisted Zanoni in developing the technology. 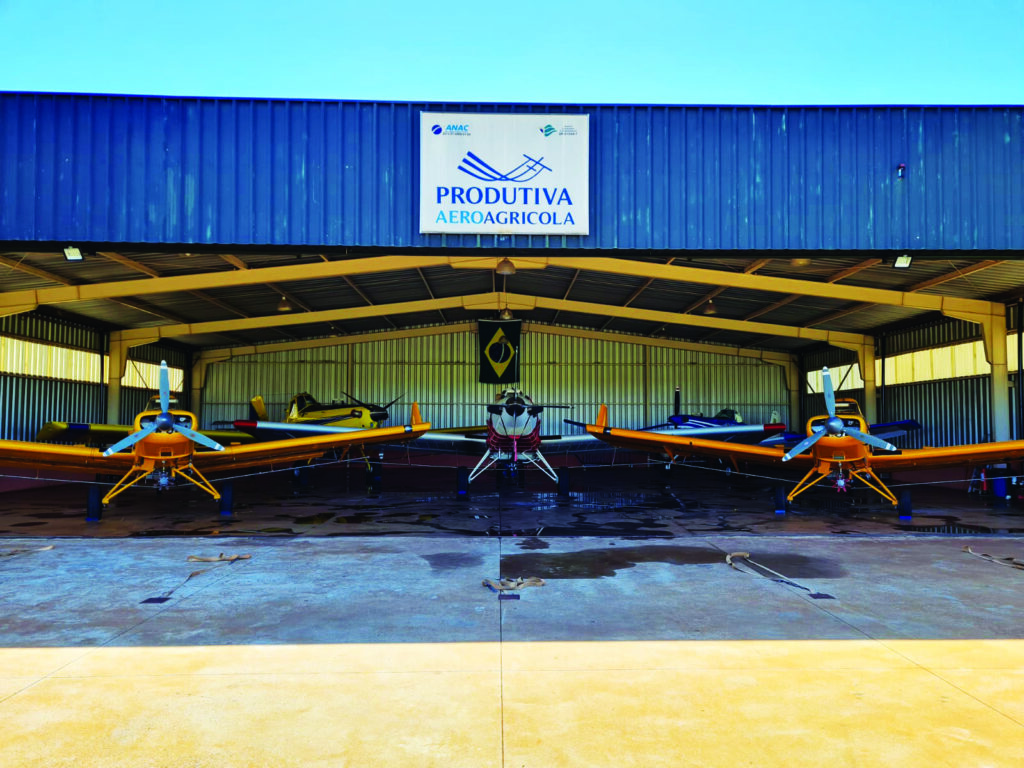 “Sergio and Lucas Zanoni were on site for two days, making the necessary adjustments to install the hatch on our aircraft. It was a new development that is serving us well. In addition to greatly improving water dispersement over a common gate box, the equipment stays on the aircraft for spraying work. This is fundamental for aerial application companies, as we work almost year-round between agricultural operations and aerial firefighting”.

Like other regional operators, Produtiva Aeroagrícola was encouraged to work with firefighting in the sugarcane sector due to the industry’s output and importance to the country’s global exports. Farmers and mills are now starting to invest in hiring this type of service to protect their assets as its worth is consistently demonstrated. The result has been not only the reduction of financial losses but gains for society. In addition to reducing the emission of polluting gases in the production of these commodities, agricultural aircraft also started to help fight fires in forest reserves (private and public), becoming a fundamental tool for natural defense and sustainable agriculture. 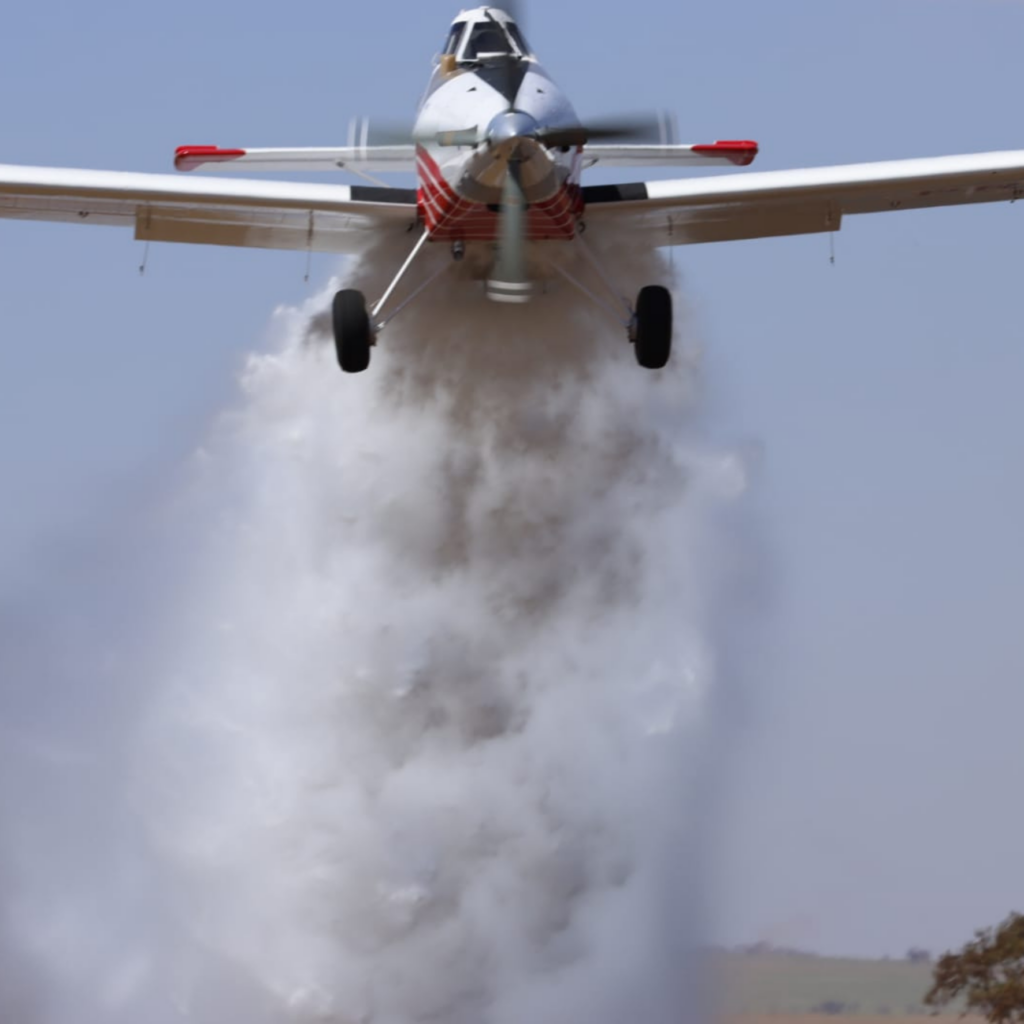 “Let there be no fires, but if there are, we will do our best to contribute to the fight and thereby minimize losses.” The company’s motto represents what the agricultural aviation sector has become as it evolves to include a larger and larger aerial firefighting presence each year.