2022 saw a mild fire season for those on the west coast compared to previous years. AerialFire magazine chronicled as much as we could throughout the year to showcase the aerial firefighting industry and those who work in our industry, from pilots to agencies, operators and the vendors that support them every fire season. Take a look at each of our 2022 issue highlights in this story. 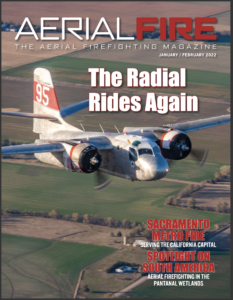 This issue featured the famed radial S2 on the cover, telling the story of Tanker 95, a radial engined S2 given new life by Bill Garrison in Kansas that was put into service for the Kansas Fire Service after use of his ag aircraft for aerial firefighting proved not to have the capacity he desired. Read the article HERE 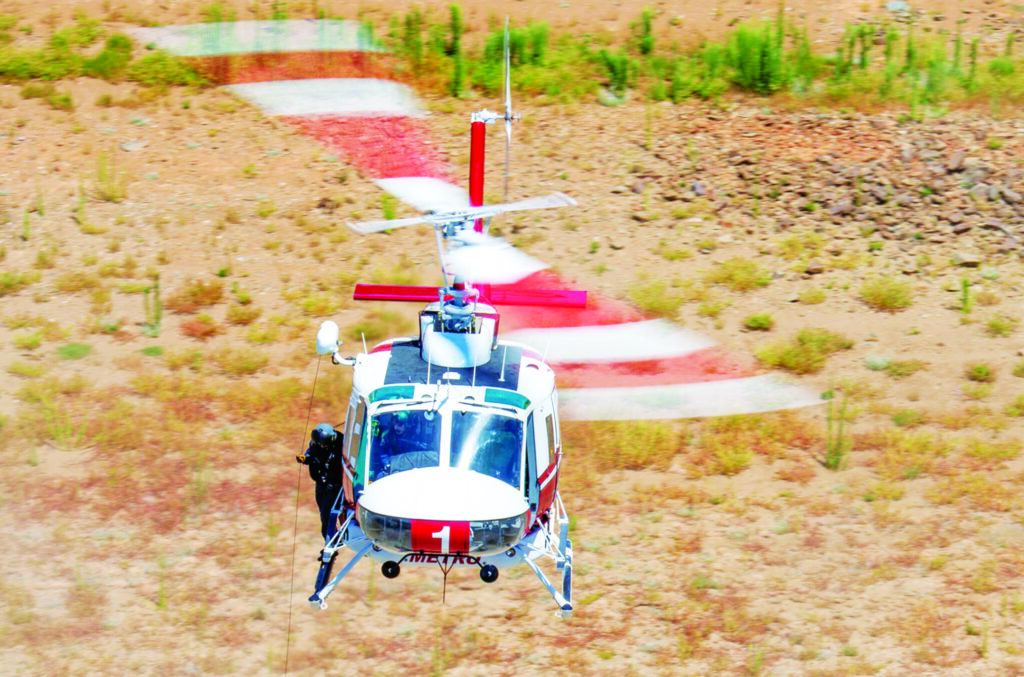 Sacramento Metro Fire was also featured in this issue, showcasing their unit that utilizes two UH-1H helicopters for aerial firefighting and search and rescue operations in Sacramento County, California. Read the article HERE 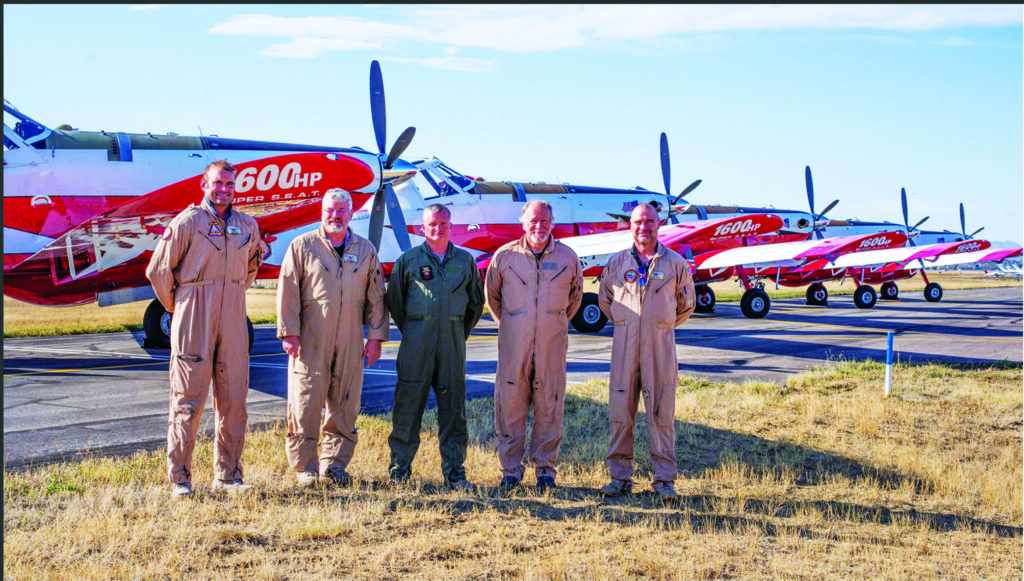 In the January/February issue, we also paid tribute to aviator Marc “Thor” Olson, who was tragically lost during an aerial firefighting mission. Thor was an experienced aviator that had spent the first part of his aviation career in the Army, transitioning to the Air Force as an A-10 pilot before beginning his second career in aerial firefighting after completing his military service. Read the article HERE 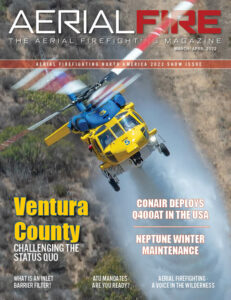 The March/April 2022 issue of the magazine featured Ventura County, California, as the cover story for this issue, detailing in their unit profile article the many aircraft changes that have occurred over the unit’s 30 years in operation, culminating in their first of type transition of the HH-60L into a Fire Hawk aerial firefighting platform. Read the story HERE 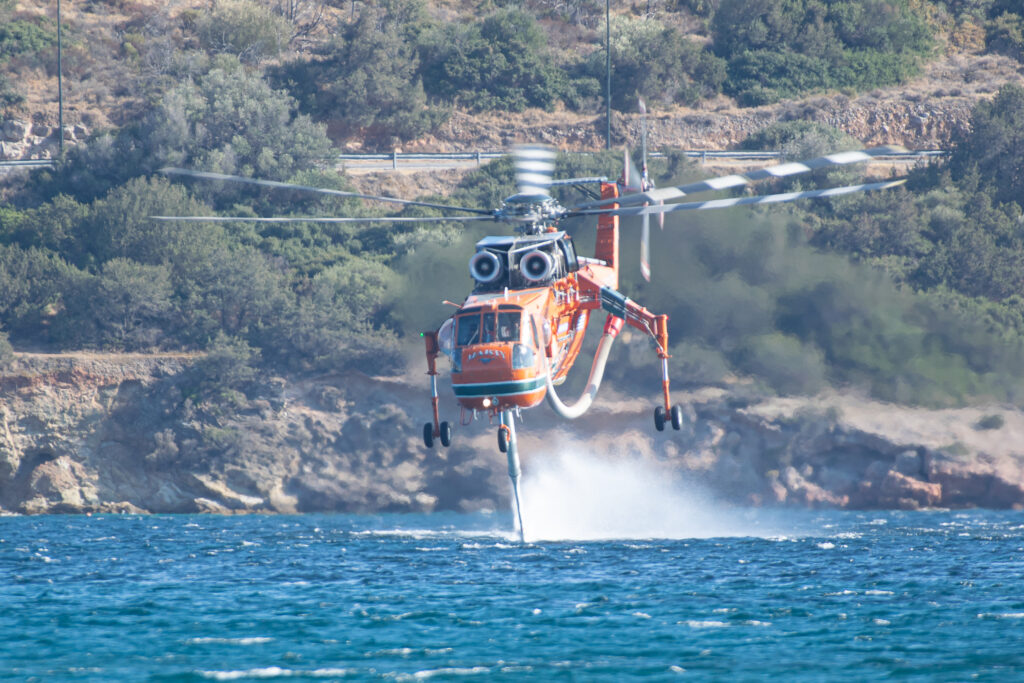 This issue also saw our first feature on the increased fire danger and global aerial firefighting response in Greece, which over the last several seasons, has seen the need for more and more global assets to fight fires there due to the ever increasing demand as more and more fires cause danger to Greek homes and lives. Read the story HERE 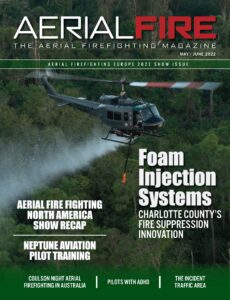 Charlotte County, Florida’s Sheriff’s Aviation Unit was the cover story for the May/June 2022 edition of AerialFire Magazine. We detailed how the unit has continued to add capacity and capabilities, including the design and implementation of a custom-made foam injection system that has assisted in the agency’s firefighting ability since its inception. Read the story HERE The May/June issue also featured a recap of the Aerial Firefighting North America show, held in San Diego in March. The show was another well-attended successful show held by Tangent Link. The show features some of the world’s top experts in aerial firefighting speaking and a very busy trade show floor. Read the story HERE 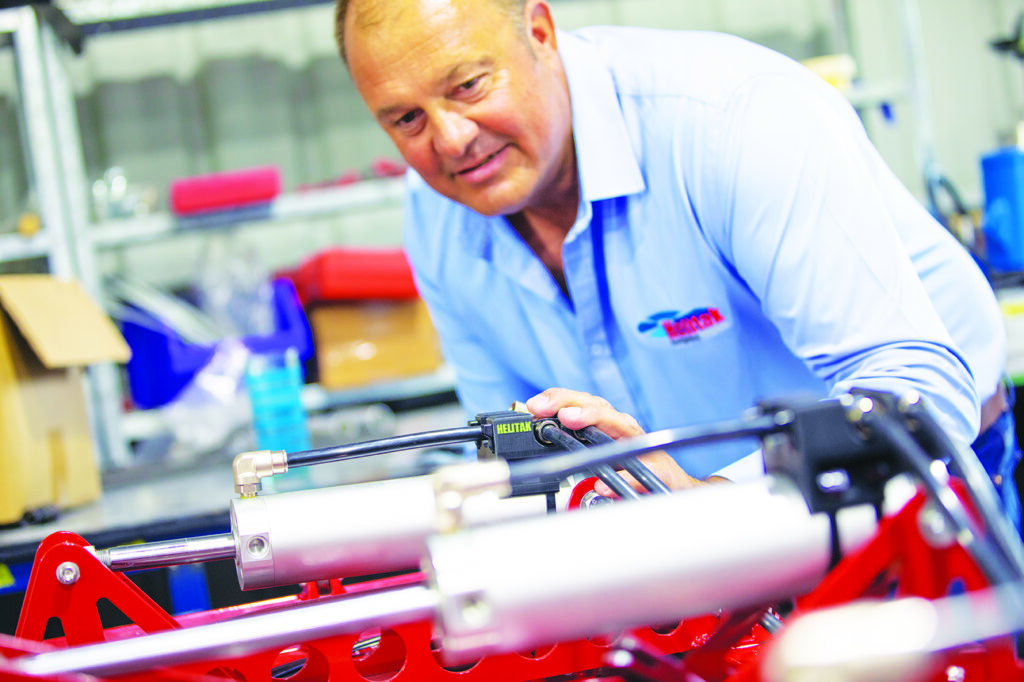 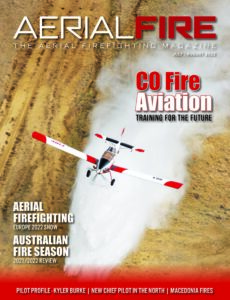 CoFire Aviation returns to the cover of AerialFire for the second time in this issue to detail the company’s winter training program that features a first-of-its-kind interactive VR training as part of the company’s overall training program that integrates a VR aerial firefighting scenario that also involved MAFFS teams from the military participating during their training happening on the other side of the country. Read the story HERE 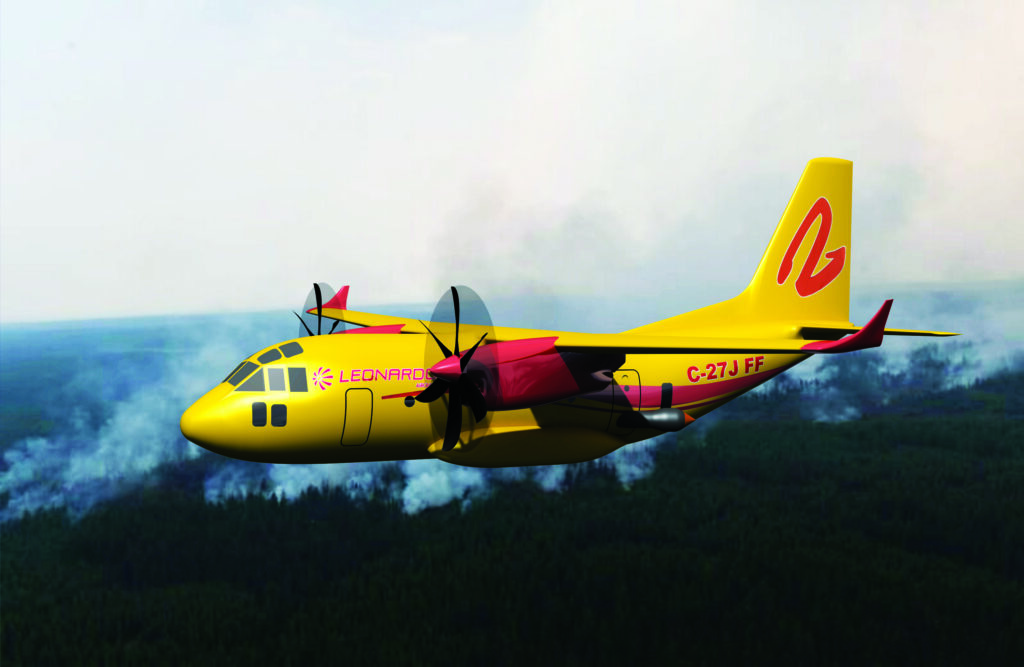 July/August also saw the introduction of Leonardo’s C27J firefighter aircraft as an alternative next-generation firefighting tanker being pitched to the industry with a 2,100-gallon drop capacity that will launch from two internal tanks that can be used for both retardant and water dispersal. The MAFFS 2 tank system is, like the C-130 system, a roll-on/ roll-off system that can be removed or installed as needed for the mission. Read the story HERE 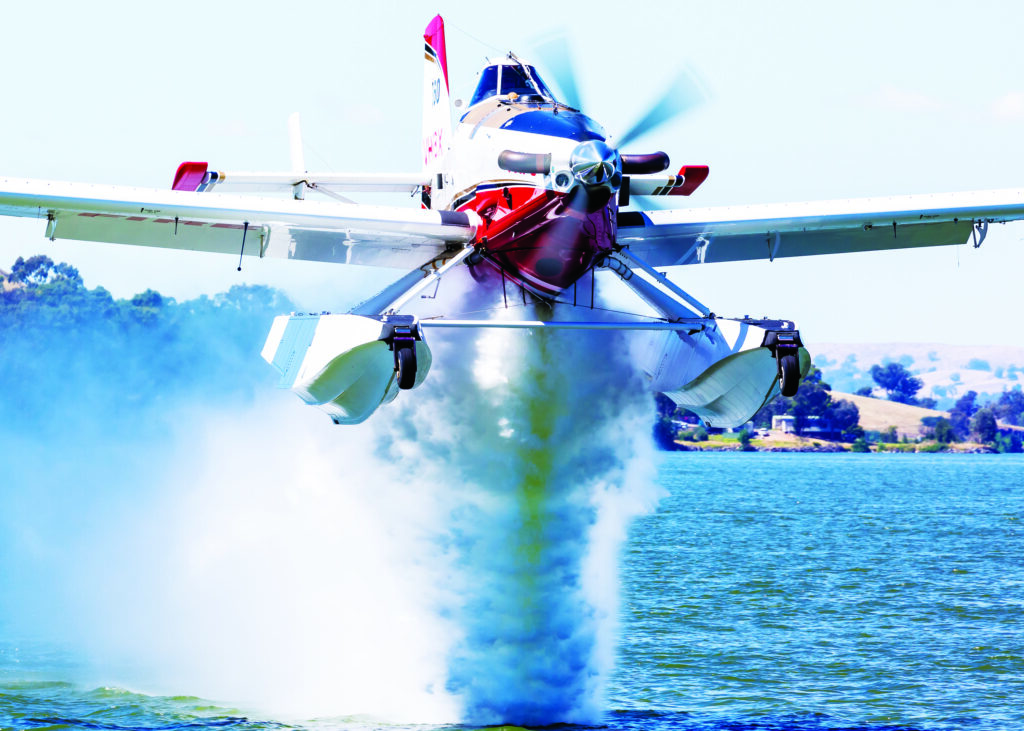 The Australian fire season was also detailed in this issue in a story by Australian correspondent Dave Soderstrom who gave an in-depth recount of the 2021-2022 firefighting season in Australia, covering the greatest wins and losses in the Australian season, along with in-depth coverage of the international contingent of aircraft that were sent south to help for the season. Read the story HERE 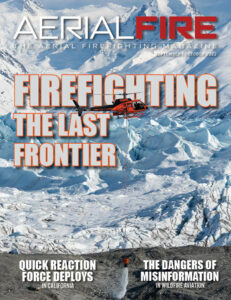 Alaska’s Pathfinder Aviation was the featured cover story in the September/October issue, showcasing the expertise and agility of the Alaskan-based aerial firefighting operator that spends a majority of their fire season fighting fires in the lower 48 with their large fleet of Bell medium aircraft. Read the story HERE 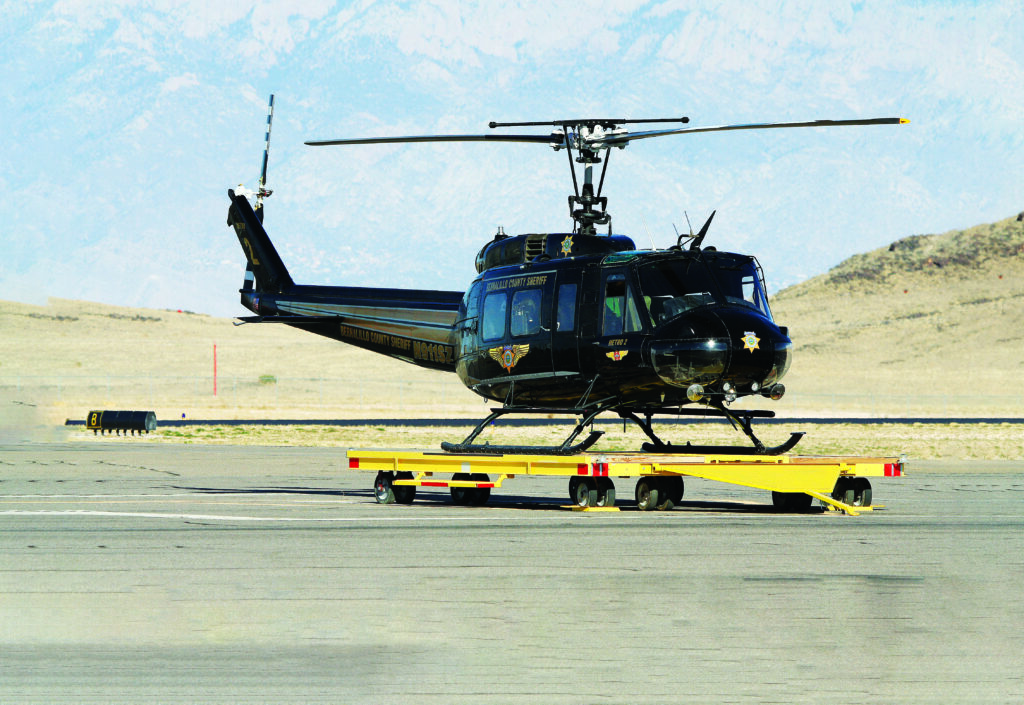 This issue also featured a tribute to the six fallen aerial firefighters lost during a horror period for the aerial firefighting industry this fire season, with the loss of four people in a Huey crash and two during a firefighting mission in Idaho in a CH-47. Read the story HERE 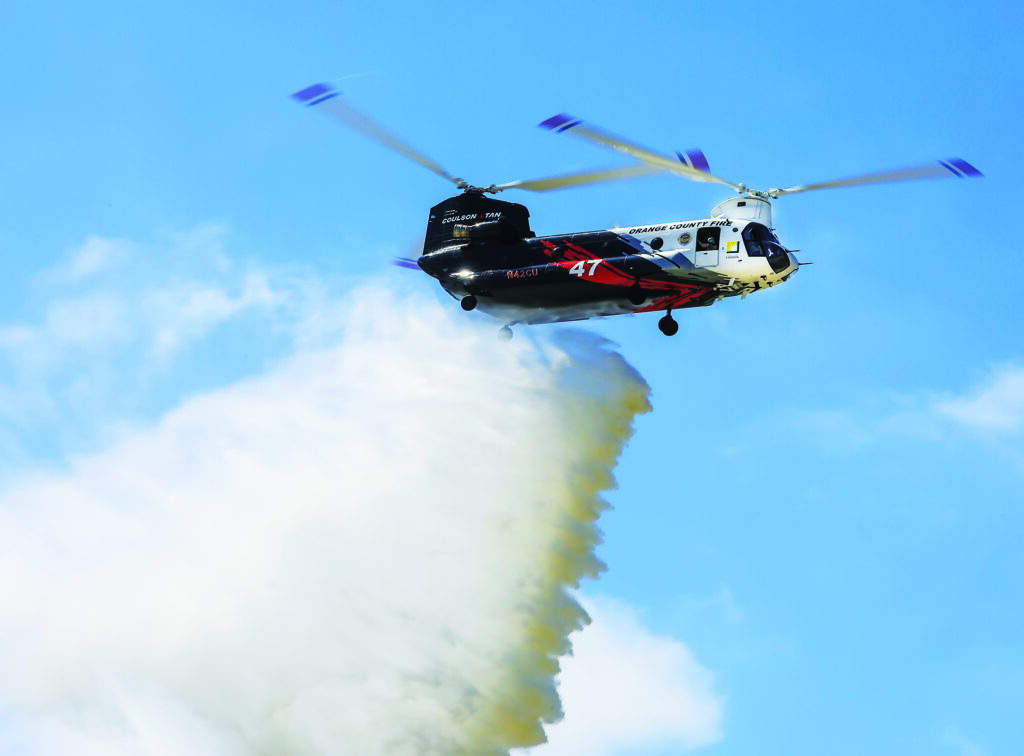 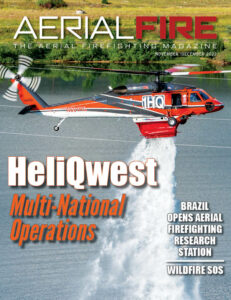 Colorado and Canadian-based HeliQwest aviation was our feature story in the final issue for 2022. Our feature story on this one-of-a-kind operation detailed how the company that started as a modest logging operation transitioned into being a multi-national aerial firefighting operator that has been at the forefront of developing its version of the UH-60 with its type certificate for aerial firefighting operations, including deployment to Australia in partnership with an Australian operator. Read the story HERE 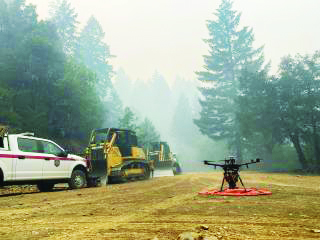 Drone technology was also covered in this issue, detailing the use of drone technology by the USFS in mapping wildland fires from above and how the USFS has been deploying UAS assets around the country in the hopes of getting a jump start by night deployment to assist on daily operations, which has been making a dent during the recent fire season. Read the story HERE 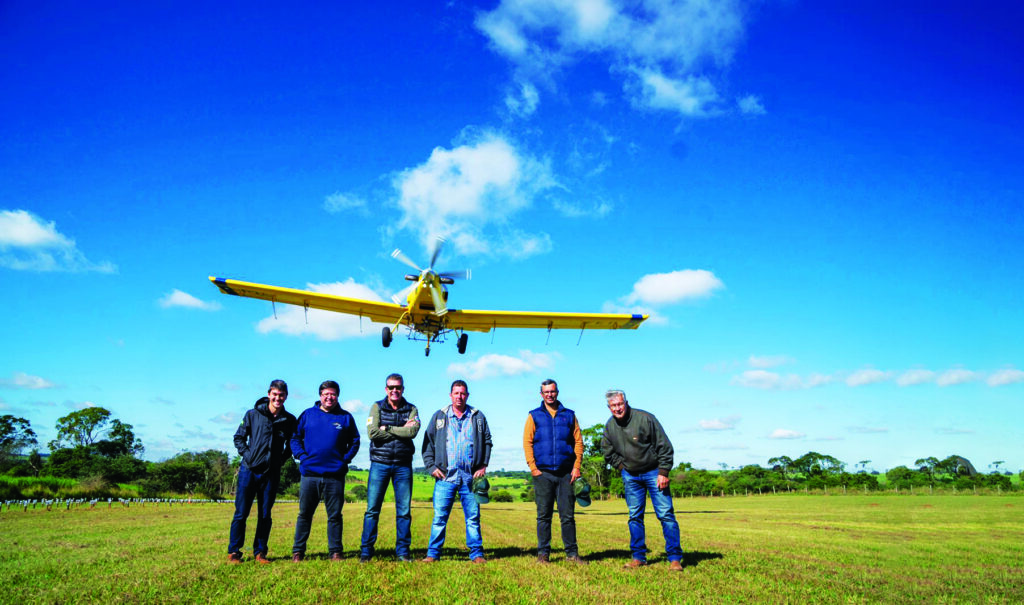